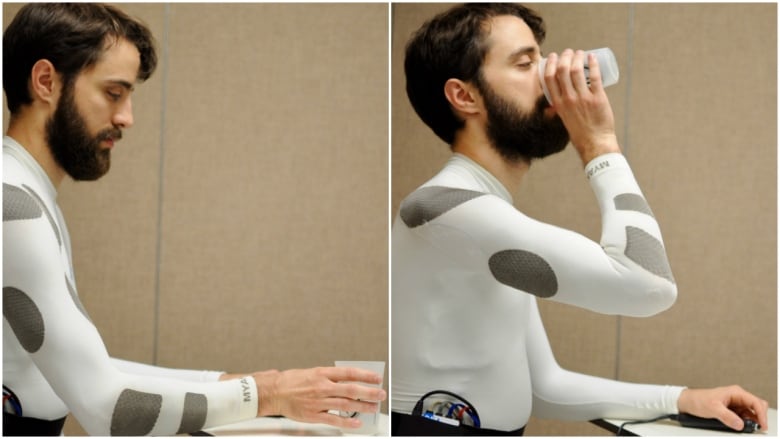 Physiotherapist Bastien Moineau demonstrates how the computer technology in this garment is designed to stimulate muscles to perform routine tasks.

In a split second, life as they had known it, was over. And the prognosis was pretty clear.

“The doctor came up to me and he literally just told me point blank, ‘You broke your neck and you’re never going to walk again,'” said Anita Keyzer. She became a quadriplegic after a car crash in 1996.

Howard Rocket was injured after falling on his neck while playing touch football back in 1995. “I hit my head, the back of my neck and I had a Basilar stroke about three weeks later. My entire life changed,” said Rocket, “I couldn’t speak, I couldn’t see, I couldn’t move.” 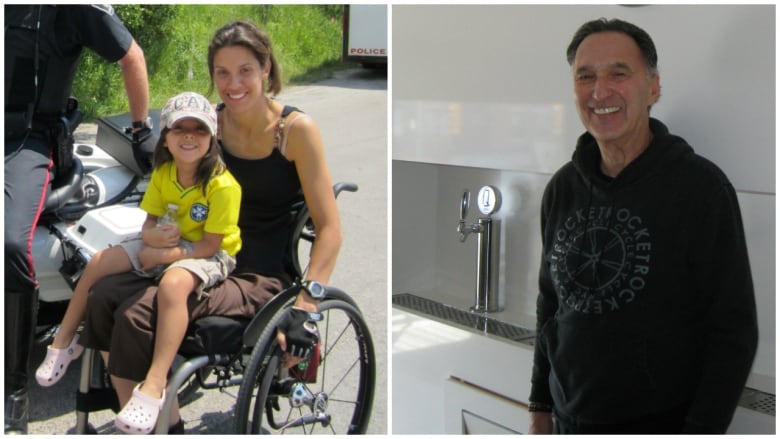 Paralysis, caused by spinal cord injury or stroke, affects about half a million people in Canada.

Until recently, those people had been told to assume there was virtually no hope of regaining the movement they’d lost. 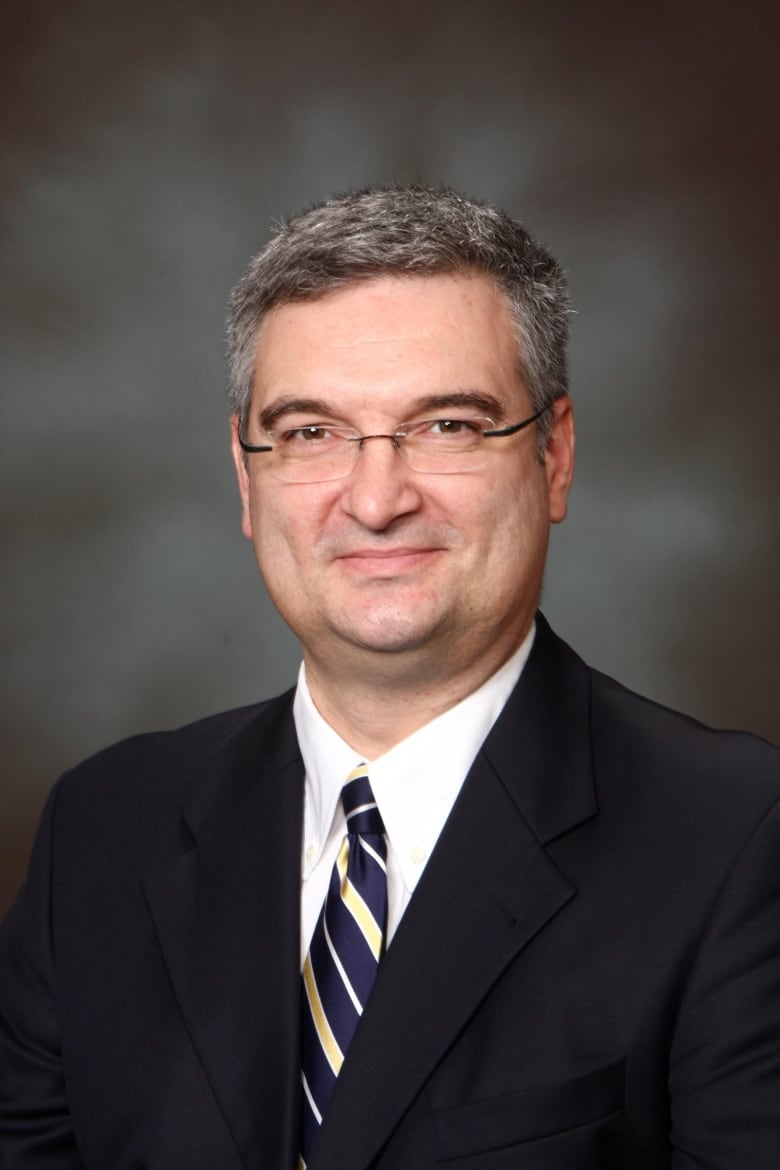 Milos Popovic is a Senior Scientist and Research Director of the Toronto Rehabilitation Institute.But that all changed, in part because of a stunning scientific breakthrough made by Dr. Milos Popovic and his team of biomedical researchers.

Just over 15 years ago, they were trying out an electrical assistive device designed to stimulate paralyzed limbs. But to everyone’s astonishment, they discovered that their test subjects could suddenly move again — on their own. Their brains and nerves had actually healed.

It was one of the most dramatic examples of what’s now known as neuroplasticity. Their device, called MyndMove, uses technology known as non-invasive functional electrical stimulation (FES). It was approved for use in Canada in 2014, and has already helped hundreds of people.

It’s only available in a few clinics and hospitals. Patients must be able to travel to get the therapy and pay for it. Insurance companies will cover the cost, but so far, provincial health plans don’t.

The team at the Toronto Rehabilitation Institute is hoping to make another leap forward. In collaboration with Myant, a textile computing company in Mississauga, they’re working on a wearable version of the device that could put MyndMove into the hands and homes, of millions of patients around the world. 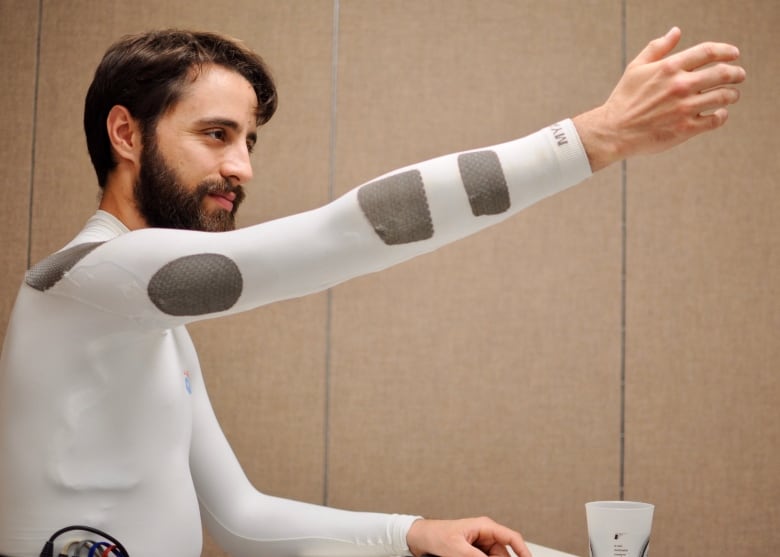 The garment fits tight to the skin. The patches along the arm are made of conductive material.